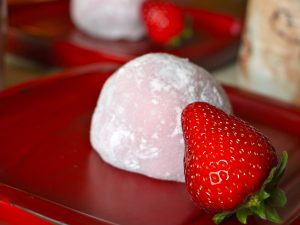 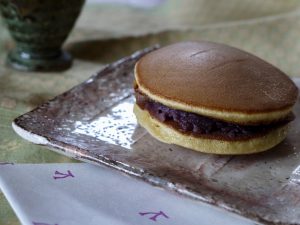 In this class we make two sweet desserts : a special kind of Daifuku-Mochi and Dorayaki.

Mochi is a rice paste made from glutinous rice. Classic Daifuku-Mochi is made of only two ingredients: sweet mochi and a sweet Azuki bean paste called anko. Ichigo-Daifuku adds a strawberry.

Ichigo-Daifuku-Mochi is very popular now in Japan, as is Dorayaki. The Japanese film “Sweet Beans” (in English) introduced these desserts to people outside Japan.

This class takes place when we have a minimum of 4 people.

*Daifuku Mochi is NOT filled with ice cream.

* Japanese tea will be served.

* The strawberry can be replaced by any other seasonal fruit.