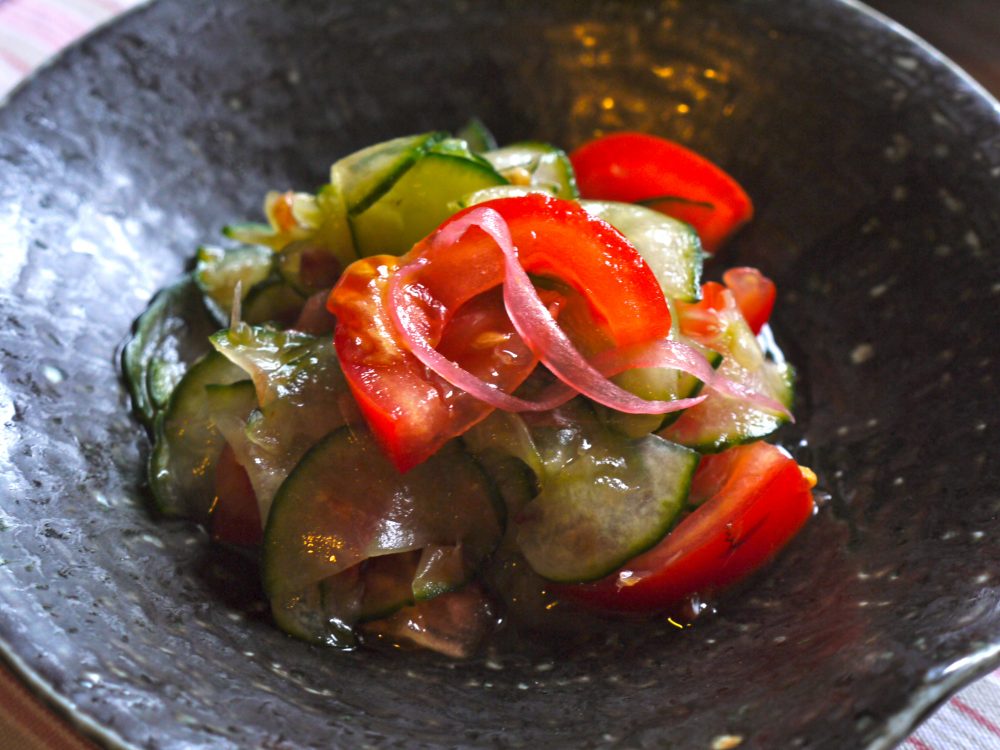 “Sunomono” is a traditional Japanese style salad. Salad was not an ordinary dish for us in Japan, my mother never made it during my childhood. Instead, we have a wide variety of vegetable dishes. “Sunomono” is one of them. This one is vegetables with sweet and sour sauce (“Amazu”). It is a refreshing complement to other dishes at the dinner table.

Cucumber is a common ingredient for “Sunomono”, and so is “Wakame (seaweed)”. I often use tomatoes too. Tomato contains glutamic acid which gives the famous “Umami” flavour. “Umami” is said to be 5th flavour after the other four main flavours: sweet, salt, bitter, sour.